In an appeal to the European Union, more than 180 scientists and doctors from 36 countries warn about the danger of 5G, which will lead to a massive increase in involuntary exposure to electromagnetic radiation. The scientists urge the EU to follow Resolution 1815 of the Council of Europe, asking for an independent task force to reassess the health effects.

“We, the undersigned scientists, recommend a moratorium on the roll-out of the fifth generation, 5G, for telecommunication until potential hazards for human health and the environment have been fully investigated by scientists independent from industry. 5G will substantially increase exposure to radiofrequency electromagnetic fields (RF-EMF) on top of the 2G, 3G, 4G, WiFi etc. for telecommunications already in place. RF-EMF has been proven to be harmful for humans and the environment.”

Link to the full-text PDF

One of the initiators is Dr. L. Hardell, Professor of Oncology at Örebro University in Sweden. He states: “The telecom industry is trying to roll out technology that may have very real, unintended harmful consequences. Scientific studies, both recently and over many years, have identified harmful effects on health when testing wireless products under realistic conditions. We are very concerned that the increase in radiation exposure by 5G leads to damage that cannot be reversed”.

Hardell: “The fifth generation (5G) of radio frequency radiation is now being developed. This is done without dosimetric determination or study of the possible health effects. The media praise in particular all the possibilities that this technology promises to offer, such as the self-propelled car and Internet of Things (IoT). The consequences for the health of humans, plants and animals are not discussed at all. Politicians, governments and the media are responsible for unbalanced information. Ordinary people are not informed of conflicting opinions about this technological development. Health effects from radio frequency radiation are a non issue in the media, at least in Sweden, but also in most other countries”.

PDF document by Martin L. Pall, PhD, one of the initiators: 5G: Great risk for EU, US and international health – Compelling evidence for eight distinct types of great harm caused by EMF exposures and the mechanism that causes them

The expansion of the 5G network, intended to enable faster wireless transmission of larger amounts of data, requires the installation of many more antennas in urban areas. In this way, the scientists argue, there is no longer anyone escaping the potentially harmful effects of radiation. After all, we are already exposed to 2G, 3G, 4G and Wi-Fi radiation.

It has been shown that studies on the health impact of electromagnetic radiation in the past have often been influenced by industry. The scientists insist that independent studies on the effects of 5G radiation “to ensure the safety of the population” should now be carried out. They therefore ask the European Commission to postpone the expansion of the 5G network “until the potential risks to human health and the environment have been thoroughly investigated by scientists independent of industry”.

“In conclusion, this article demonstrates that the EU has given mandate to a 13‑member, non‑governmental private group, the ICNIRP, to decide upon the RF radiation guidelines. The ICNIRP, as well as SCENIHR, are well shown not to use the sound evaluation of science on the detrimental effects of RF radiation, which is documented in the research … These two small organizations are producing reports which seem to deny the existence of scientific published reports on the related risks.” – Appeals that matter or not on a moratorium on the deployment of the fifth generation, 5G, for microwave radiation, L. Hardell & R. Nyberg, MOLECULAR AND CLINICAL ONCOLOGY, 3 Jan 2020.

How much is safe? Radiation authorities rely on controversial group for safety advice – Investigate Europe

Response of the European Commission

In question E-003975/2018, Nicola Caputo (S&D) asked the European Commission whether it intends to set up a European task force of independent and impartial scientists on electromagnetic fields to examine the health risks. In her reply the European Commission states that ‘under Article 168 of the Treaty on the Functioning of the European Union, the primary responsibility for protecting the public from potential harmful effects of electromagnetic fields remains with the Member States, including the choice of measures to be adopted based on age and health status.’

In question P-001526-19 Michèle Rivasi (Verts/ALE) asked for an assessment of biological and health impact of 5G: “The 5G Infrastructure Public Private Partnership project (5G PPP) is the world’s largest project of its kind, with EUR 700 million in EU funding. The rollout of 5G will expose people to increased microwave and radiofrequency electromagnetic radiation. … Will the 5G PPP fund any study on the biological impact of 5G radiation? Will the Commission conduct any prior impact assessment on the launching of 5G in the EU, in particular as regards human health? Could it explain how an impact assessment would be conducted, or if one has already taken place, could it provide details on how it was done?”

“Slovenia stops the introduction of 5G technology: We do not know if it is dangerous to humans”. In Slovenia 5G had been halted, officials take more time to investigate health effects of the new technology. A letter from Minister Rudi Medved states they will reopen the debate on potential health risks.

In the Netherlands, the Parliament is concerned about the health risks of radiation from the new 5G network. Political parties urgently want to know what the state of affairs is regarding possible dangers before masts are installed on a large scale. GroenLinks urged the Health Council of the Netherlands to carry out an independent investigation into 5G radiation. Member of parliament Laura Bromet: We still do not know about the dangers to public health. Little research has been undertaken into the effects of 5G. We have to take people’s concerns seriously and investigate this.

Resolution opposing 5G by the municipality of Rome

The Rome resolution asks “the mayor to stop the 5G trial and not to raise the limit values ​​in the threshold of electromagnetic radiation avoiding the positioning of millimeter microwave antennas on homes, schools, day centers, recreation centers, street lamps and more.” Rome Councilor Massimiliano Quaresima stated, “I am in favor of technological progress but not on the experimentation of 5G technology in the absence of scientific data on the repercussions for health.”

Debate in England on health related effects of electromagnetic fields and 5G.

A very powerful speech on the risks of 5G by MP Tonia Antoniazzi at Westminster Hall. 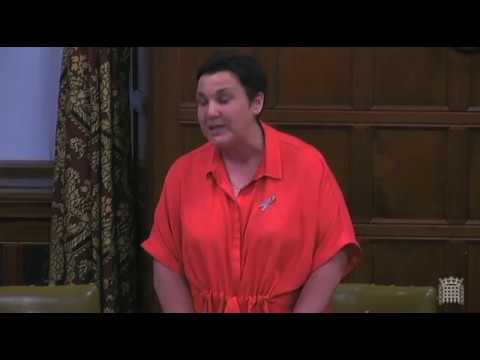 PrevPreviousU.K. Makes World’s Largest Donation of $253 For Million Vaccine Research
NextNobel Prize For Medicine Winning Doctor Says COVID-19 Was Made in a Lab.Next