The US Department of Justice has approached the Home Office requesting that Prince Andrew, the Duke of York, answers questions over his links to paedophile Jeffrey Epstein

American investigators probing Prince Andrew’s pedophile pal Jeffrey Epstein have formally requested the Duke of York be handed over to give evidence.

The U.S. Department of Justice made a formal ”Mutual Legal Assistance” (MLA) request to the Home Office bypassing Buckingham Palace. 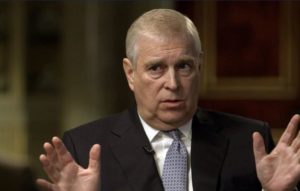 The MLA allows cooperation between the U.S. and the U.K. when evidence needs to be gathered in a prosecution or investigation of criminal offences.

If approved by the Home Office, the FBI could ask Andrew, 60, to be compelled to go to a British court to give evidence under oath as a witness if he refused to cooperate.

It would be up to the judge in the U.K. to decide if the hearing was in open court.

If U.S. prosecutors wanted to extradite Andrew, they would have to obtain an arrest warrant or a grand jury indictment to make a request to the U.K.

However, such a move has been complicated after America’s State Department refused an extradition request for ex CIA spy Anne Sacoolas, who fled Britain using diplomatic immunity after being accused of killing teen motorbiker Harry Dunn.

So far Andrew has allegedly refused to be quizzed by New York prosecutors and lawyers representing Epstein’s victims although he vehemently denies any wrongdoing.

He has been accused by the late paedophile’s former teen ”sex slave” Virginia Giuffre of having slept with her three times when show 17, a claim he refutes.

Although Andrew spent time with Epstein, who committed suicide last August while awaiting trial for underage sex trafficking, he has also denied witnessing any suspicious behaviour by Epstein.

If the application is successful, the Duke would either be asked to voluntarily attend an interview and give a signed statement although not be under oath or appear at magistrates in London to provide oral or written evidence on oath.

If the Duke refuses, he could be forced to attend in person by summons, where U.S. lawyers would then able to question to him.

Unlike the Queen, father-of-two Andrew does not hold sovereign immunity from prosecution.

The Home Office told the Mirror: “As a matter of long-standing policy and practice, we neither confirm nor deny the existence of mutual legal assistance requests.” 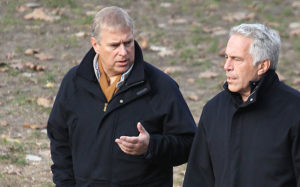 He has denied any wrongdoing

In January, the head of the ongoing criminal probe into Epstein and his enablers, U.S. prosecutor Geoffrey Berman, claimed Andrew has refused to help an FBI investigation.

In an excoriating attack, he said: “It’s fair for people to know whether Prince Andrew has followed through with that public commitment.

A few days later the Duke was reported to be “angry and bewildered” at the claims by the U.S. authorities.

The Prince heaped shame on the royal family due to his ties with Epstein.