A Nobel Prize-winning scientist from Stanford believes that the nationwide, 3-month lockdown that devastated the American economy actually cost more lives than it saved. 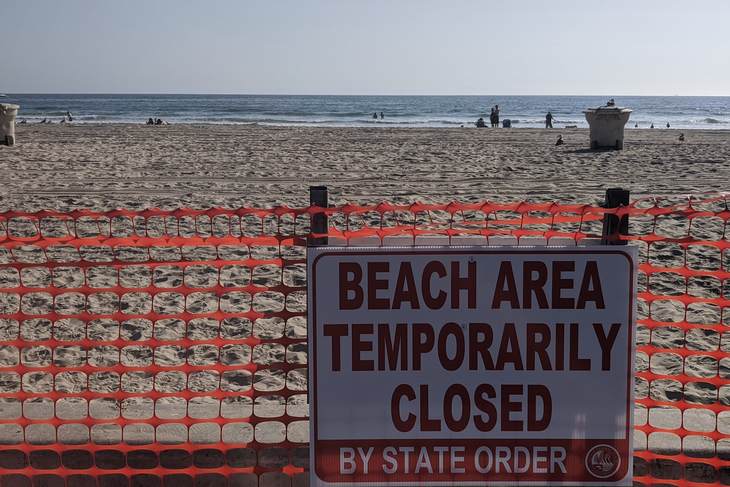 Health analyst Richard Baehr says, “A growing share of the excess deaths are not from COVID diagnosed patients but from heart conditions, drug overdoses, suicides. We could call these lockdown deaths.”“Excess deaths” has been all the rage with lockdown advocates who constantly point to that number as proof that the lockdown was necessary. Whether it was or not, history will decide. But what’s certain is that those who dared mention that the lockdown itself was going to take lives and were pilloried by the media — Donald Trump in particular — were spot on right.

“I think lockdown saved no lives,” said the scientist, who added that the Government should have encouraged Britons to wear masks and adhere to other forms of social distancing.

“I think it may have cost lives. It will have saved a few road accident lives – things like that – but social damage – domestic abuse, divorces, alcoholism – has been extreme. And then you have those who were not treated for other conditions.” 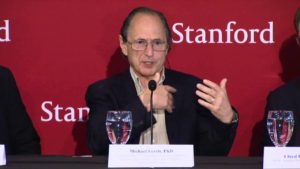 Levitt thinks the “panic virus” did more damage than COVID-19 and the lockdowns.

“In Europe, I don’t think that anything actually stopped the virus other than some kind of burnout,” he added. “There’s a huge number of people who are asymptomatic so I would seriously imagine that by the time lockdown was finally introduced in the UK the virus was already widely spread. They could have just stayed open like Sweden by that stage and nothing would have happened.”

Professor Levitt has now analysed the data from 78 nations with more than 50 reported cases of coronavirus. His investigations proved the virus was never going to achieve the type of exponential growth that the researchers at Imperial were predicting at the same time, according to The Telegraph.

The original Imperial estimates of deaths in the United States was 2 million with 100 million infected citizens. Ooops.

I think a happy medium could have been found where people could have continued to work in many industries with masks and social distancing while at-risk citizens — the old, the obese, the sick — could have taken stricter precautions. Just think of how many lives would have been saved in nursing homes with a lockdown policy that focused almost exclusively on the old and feeble.

Levitt, and others advising against panic, were ignored. And we’ll be paying a heavy price for years.

PrevPreviousSurgisphere: governments and WHO changed Covid-19 policy based on suspect data from tiny US company
NextGerman Official Leaks Report Denouncing Corona as ‘A Global False Alarm’Next

INVESTIGATION – Bill Gates has major shares in both Pfizer & BioNTech