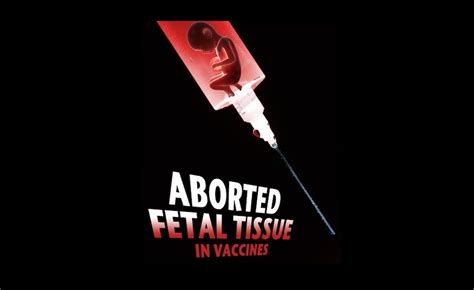 At least two possible coronavirus vaccines that are on a fast track for development use cell lines from aborted babies.

Despite a strong outcry from pro-life and Catholic leaders and despite ethical alternatives being available, a number of research teams still are using the cells from aborted babies in their work, Newsweek reports. These include Janssen Research & Development USA, a Johnson & Johnson subsidiary, and the University of Oxford and AstraZeneca, which could be the first to make a coronavirus vaccine available in the United States, according to the report.

Both research groups are on a Trump administration short-list for funding to develop a coronavirus vaccine by January 2021, the report states.

Other researchers also using cell lines from aborted babies include CanSino Biologics, Inc. and the Beijing Institute of Biotechnology and the University of Pittsburgh, Science reports.

As the report explains:

Decades-old fetal cell lines are already used to make a number of common vaccines, including against chickenpox, shingles, Hepatitis A and Rubella. A cell line is the term used to describe a culture of animal cells, in this case taken from fetuses, that can be cultivated repeatedly in a lab. The relatively common technique sees viruses grown in the cells, as the bugs aren’t alive and need a host to replicate.

According to Dr. Paul Offit of the Children’s Hospital of Philadelphia, who was not involved in the protests, this results in vaccines created using this method containing residual or “very, small, small, small quantities of trace DNA” from the original fetuses.

“Cultured [nonhuman] animal cells can produce the same proteins, but they would be decorated with different sugar molecules, which—in the case of vaccines—runs the risk of failing to evoke a robust and specific immune response,” Gambotto said.

But other scientists disagree. Earlier this year, the Charlotte Lozier Institute identified 60 potential treatments for the virus that are being investigated using materials that do not come from aborted babies.

Respected researchers Drs. James L. Sherley, MD, PhD and David A. Prentice, PhD recently reviewed the vaccines in development for the coronavirus and published a list identifying which are being made ethically and unethically. They found at least 10 companies that are not using cell lines from aborted babies in their vaccines.

Pro-life leaders also have highlighted how ethical alternatives to cell lines from aborted babies are available, including pluripotent stem cells and tissue from placentas, umbilical cords and amniotic fluid. In 2018, the Trump administration created a $20 million grant to invest in these ethical research alternatives.

Catholic and pro-life organizations have been advocating against research using aborted baby body parts for years. During the coronavirus crisis, they have renewed calls to scientists to abide by basic ethical standards in their efforts to save lives.

According to the Catholic News Agency, a Canadian Catholic archbishop recently took his pro-life advocacy a step further by donating thousands of dollars to an ethical vaccine research project at the University of British Columbia.

Earlier this spring, the U.S. Conference of Catholic Bishops sent a letter urging the Food and Drug Administration (FDA) to ensure vaccines are being produced ethically.

“… we think it’s very important at this moment to let the voice not only of the Church but other concerned citizens to voice that we want to—we all want a vaccine, we realize that’s important for our public health, but we also want a vaccine that has no ethical problems in the way it’s developed,” said Archbishop Joseph Naumann, chairman of the U.S. bishops’ Committee on Pro-Life Activities, earlier this spring.